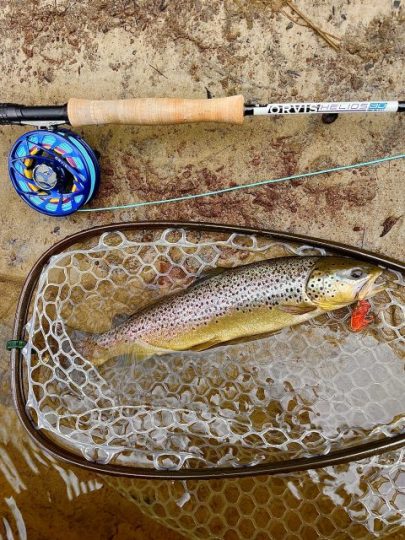 Over the course of the last few weeks, I started getting a bit bored with nymphs and dry flies.

Don’t get me wrong. I love fly fishing in all forms. Catching a fish is ultimately what the end game is in all of this. Nymphs are probably the most effective way to catch trout on any given day, and there is nothing quite like seeing a fish rise for a mayfly pattern, then timing the hook set just right to connect.

However, the beauty of the fly rod for me lies in its versatility. When I was a professional guitarist, the quality I strived for the most in music was versatility. Being able to combine styles, genres and techniques to make a sound that was distinct to me was what kept it interesting. I often got bored if I had to do the same show or song or style for too many gigs.

So it is with fly fishing. To challenge myself and get out of the mindset of perfectly dead drifting a nymph or parachute pattern, I devoted the last three weeks to streamer fishing, and the rewards have been spectacular.

Playing the streamer game can be a toss-up. Depending on where you’re fishing and the time of year, it can be a challenge to get a trout to move on a big meal. Places like the Swift, where midges are so abundant, it’s usually not in the fish’s best interest to leave the current which is literally acting like a conveyer belt, bringing food to them. A trout has to decide whether the meal is worth the energy it has to spend in order to catch it.

I must say, though, for me the adrenaline rush of a streamer take can often be worth putting in the work. The trick is to find water where there are food sources that swim, such as baitfish or leeches, and to do your best to mimic that food source. Trout are predators after all, and when you can engage that instinct to hunt and kill, you’re in for a fun day. Over the last few weeks of challenging myself to only fish streamers, there is one pattern that truly outshone them all, and gave me some amazing experiences; the Gartside Soft Hackle. 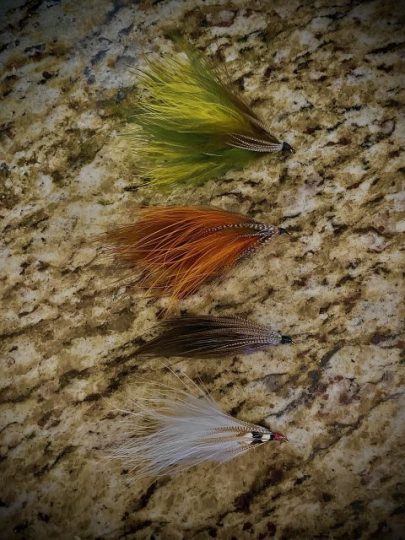 The beauty of this pattern is not only how well it works, but in how easy it is to tie. The fly is almost entirely made of marabou feathers, which have been tied in at the tip of the feather and wrapped around to create a soft hackle body. Underneath the marabou is a few strands of flashabou that extend just a little longer than the marabou.

The head of the fly is a mallard or wood duck flank that has been tied on in a classic soft hackle wrap, as if you were tying a wood duck heron pattern. After that, you have the option to tie on jungle cock eyes, or just leave the fly as it is. I like to tie these in all sorts of different colors. It’s very fun, and very effective to blend different colors of marabou together, and watch them swim together in the water. White is probably the most effective color for this fly, but I found I had many more strikes with a bit of red or orange thrown in.

Just last week I was fishing up in Maine, and I had made up my mind that I was catching brown trout on streamers and streamers only. Brown trout are notorious for getting aggressive and chasing big flies this time of year. In fact, once they reach a certain size, it’s a safe bet that you will only catch them on streamers. The true monsters got to that size by being meat eaters.

After putting in a few hours with no results, I decided to put on this soft hackle streamer. This one in particular was tied with white and grey marabou, with several lemon wood duck flanks at the top, and a pair of jungle cock eyes. To entice the fish a bit more, I tied a flash back pheasant tail nymph to the shank of the streamer as a trailing fly. This is a technique I learned from Tom Rosenbauer from Orvis, and can be really effective when the trout are being fussy.

I walked down stream just a bit, found a current that was hugging the bank, and cast my fly almost onto the bank itself. Three strips in, and there was an explosion on the water. A 20-inch brown had absolutely demolished this fly. The combination of patience/perseverance , finding the right water, and fishing the right fly with an enticing movement resulted in one of my favorite days of the year.

In the following days I fished a few more times with the Gartside Soft Hackle in white, red/yellow/orange and olive/brown. These browns couldn’t get enough of it. 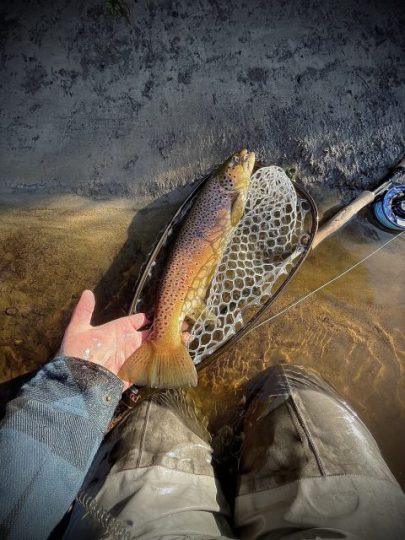 I could keep ranting all day about how much a love this streamer, but I’d much rather have you stop reading this, and go tie one up and fish it! Winter can be a good time to get a fish to move for a big offering, and it’s hard to beat the look of marabou wiggling in the current.

3 thoughts on “Fly in the Spotlight: Gartside Soft Hackle”