Here’s another guest post from Bob Christmann. I think you’ll enjoy it!

Some days, nothing works and you can’t buy a fish. The trout are out in front of you rising everywhere and they are just laughing at you as you get mostly skunked. You find wind knots in your leader. You get hung up in the trees instead of fishing IN the river like you’re supposed to do. You feel a wet spot forming inside your waders. You forget to bring any number of critical pieces of equipment.

Well, this was one day when none of this happened.

This an account of the best day of my life (as far as fly fishing goes). And this is not a fairy tale. I still can’t even believe it actually happened. I have never connected on a river like this and probably never will again. It’s all burned in my memory. I’m not talking about quantity but quality.

I was at the South Platte River in Hartsell, CO, in early July one year below Spinney Mountain Reservoir. It is called The Dream Stream, a tailwater. I’m not revealing anything here as it is one of the most famous stretches in all of Colorado and heavily fished. It holds a huge amount of fish, some pushing over 30”. There is an abundant amount of insect life and they feed almost constantly. You can actually occasionally hear a faint whining in your ears from the millions of midges there. It winds through a picturesque meadow plain with bends and beautiful runs throughout. It is my favorite stretch of river in Colorado and pretty much anywhere. It’s all catch and release. 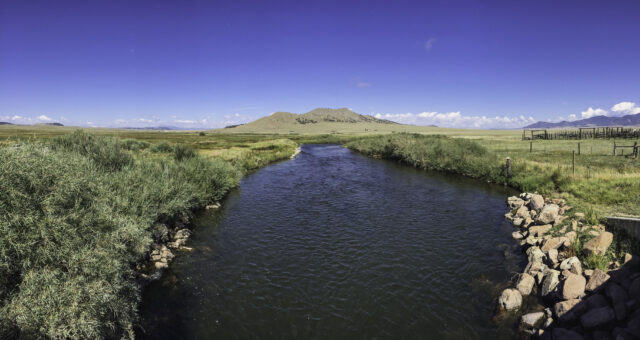 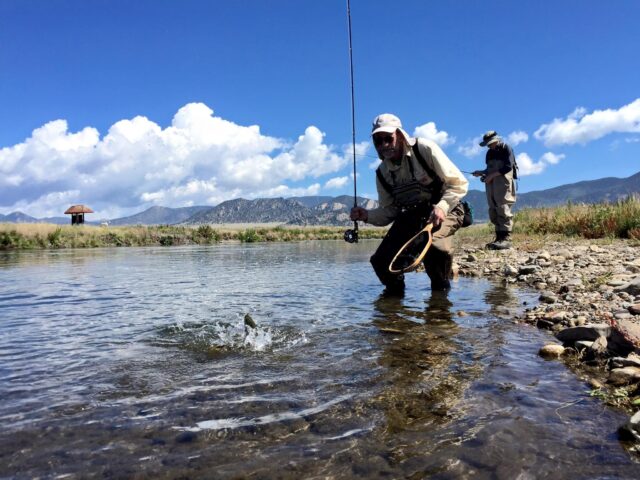 Here is an action picture on the South Platte from a more recent family gathering day trip with two of my sons. Nice to have professional photographer along. Especially capturing the moments before we were blown off the river with an epic hail storm.

I had kind of avoided going there because of all the recent reports of how crowded it was that year. Big mistake. I had got skunked six out the seven times this year I had gone out elsewhere and was starting to lose faith in myself.

The day was sunny, mid-70s, not much wind in the morning, perfect flow rate, and clear water. I got there at 9:30 in the morning. The best area had eight cars there and too many people in the water so I went to the lower parking area and nobody was fishing upstream from there. I had a mile of prime river all to myself. I couldn’t ask for anything better. It was like going to the Swift on a beautiful summer day and finding no one there.

I started right next to the parking lot and there were a lot of flies in the water but mostly spinners and Caddis shucks. There were many Caddis flying around so I tried a Caddis emerger. At the top and side seam of the first pool there was a pod of about six good fish rising and taking something just below the surface. Big backs sticking out of the water. I drooled. Within minutes I had a 14” rainbow on.

I cast up to the head of the run where a big one was working and it hit right away. That thing rocketed out of the water 10 feet across the river, jumped three more times, and headed downstream. All I could do was follow the show. It took me through three pools and into another where someone else was fishing. I apologized for intruding and said I’d had him on for 10 minutes and he was taking me anywhere he wanted. A few minutes later I had him. A beautiful 20” brown. I was fortunate to have kept him hooked.

For the next two hours I fished up the river, finding pods of rising fish in each run. All big, rising for awhile, then stopping for awhile. I took a number of 15″ to 16” fish, all on the emerger. Things slowed down around noon when I thought “I wonder how a Madam X would work?” (Sometimes a bell in my head rings.) You were supposed to just catch stuff on tiny flies here. After all, it was hopper time, and I had good success elsewhere before with it. I thought it was worth a try. 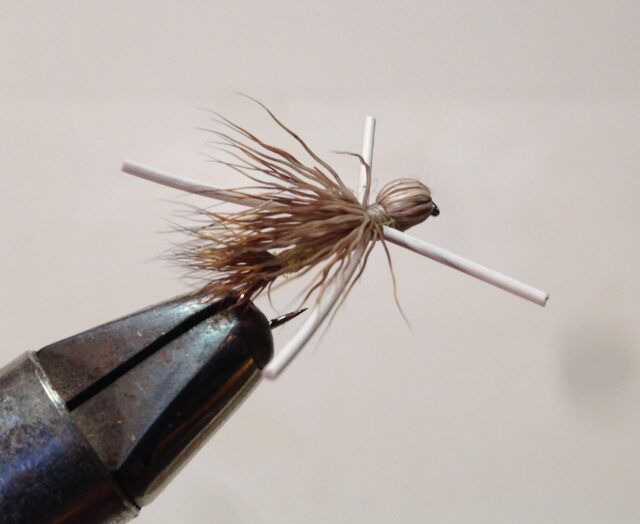 Trout must think it is a hopper but I think it looks creepy enough that it is something you never want to have crawling up your shoulder.

A few casts later I had another 20” brown. YES! The rest of the afternoon that fly brought up the biggest fish in every nice run. I couldn’t miss. It was incredible to watch the fly and see a huge mouth come up under it, open, and inhale.

These browns were so strong and heavy that they had no problem heading upstream in the current as I put as much pressure on them as I could to wear them down. They would sit there for as much as 10 minutes in front of me before I could get them in. If they got past me, there was nothing I could do but run after them. It was difficult to land them as I didn’t have a net with me and it was hard to get my hand around them. The sight of 20” trout flying out of the river is a sight I’ll never forget.

I ran into a guide working downstream. Just as he was walking past, I hooked into another 20-incher. He offered to help net it and I accepted because it looked much bigger. It was a fat cutthroat. He wanted to take my picture and put it up on the wall in his shop. I guess it was better than having my picture on the post office wall. He was amazed when I told him it was my 12th good one of the day. He said they usually get three good ones in a day. I felt particularly good when I moved upstream and took another 20” brown in the run he had just fished.

Along the way I ran into a young angler who seemed to be still learning. I was in the process of trying to land yet another 20” fish when he offered his net for me to use. I gladly accepted and gave him one of my Madam X flies in return. He e-mailed me and said he had great success with it and lost a real big one before losing the fly. 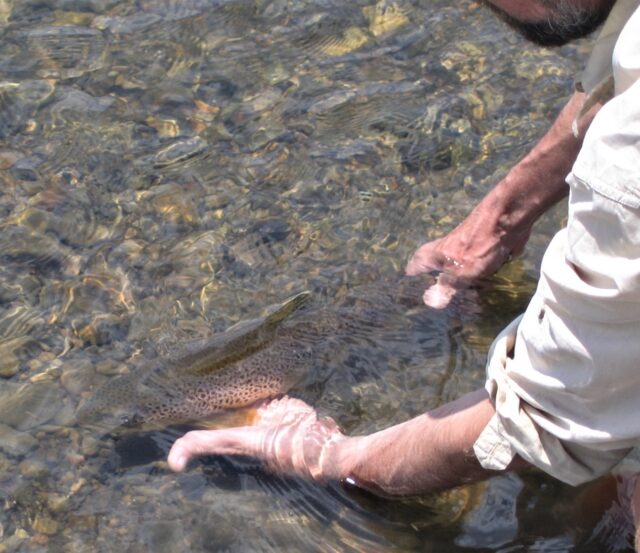 The final 20-incher of the day.

The river gave me a big gift.

7 thoughts on “Bob Christmann: The Best Day of My Life”