In part due to the cold and wet spring, none of the reliable early season hatches materialized. Alder flies were also a complete bust on the Andro. By the time dry fly action picked up, I fished almost exclusively for wild brookies. So, when Geoff Klane suggested that we target wild rainbows with dry-droppers, I was game.

We met up early Saturday morning at our favorite wild rainbow stream. The action was steady throughout the morning. Most of the action came on the droppers early but transitioned over to dries in the afternoon.

Overall, the numbers weren’t insane, but we both caught quite a few wild bows. Only a few stocked fish were in the mix. At one point, Geoff even doubled up with a wild bow and brownie. We got off the stream around lunch time, went to a favorite restaurant, and bid each other goodbye. But, I wasn’t finished yet. 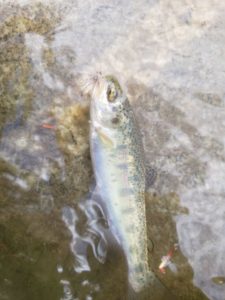 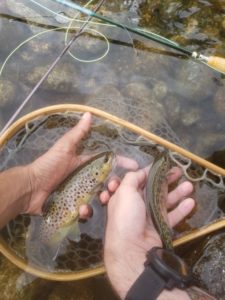 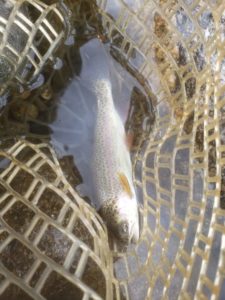 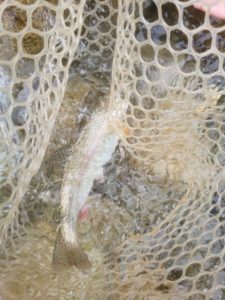 After a quick power nap, I drove north to the Androscoggin River, with the hopes of catching the Isonychia hatch. I revisited a spot where I had to pay my dues earlier this season. I tightlined for a bit and eventually found success with heavier anchor flies in deeper water. Stonefly patterns worked best, but I got a few takes on smaller Pheasant Tail droppers. A little bit of added movement triggered some aggressive strikes.

As the sun went down, bug activity increased and fish started rising consistently. 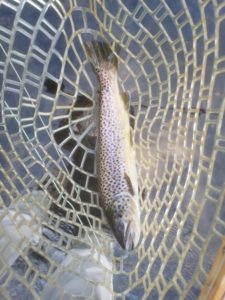 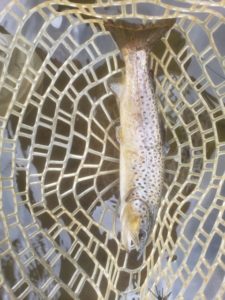 I blind cast likely spots early on but fished to risers later in the evening. I landed a pile of fish on dries; mostly browns with some smallies and bows mixed in. The fish were quite aggressive and I had several leap or slash for my fly.

The fishing was great throughout the evening but really ramped up at dusk. I could only describe it as unreal, as I hooked up on almost every cast. All I needed was a parachute Iso to be in the game. I fished until I couldn’t see my fly and began the tenuous walk back to my car.

After a season of frustration, this felt like a fitting consolation. I went back to my car and prepared for another morning of fishing.