Winter fly fishing is tough. It is very much hit or miss. I have caught fish as early as January 2nd, and, last year, I caught my first in February.

This year was very much “miss.” Through my first four trips on moving water, I only managed two takes and missed both. Needless to say, my confidence was low and FOMO was setting in. 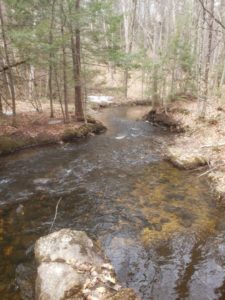 After hearing a positive report from Geoff Klane, I decided to visit a favorite small stream last Saturday. The day started out much like many others this year. I fished through several pools without a take or sight of a fish. FOMO really started to set in.

Just before the exact moment when all hope was lost, I felt the familiar jolt of a wild brook trout inhaling my pheasant tail dropper. After a short fight, I admired and released him. 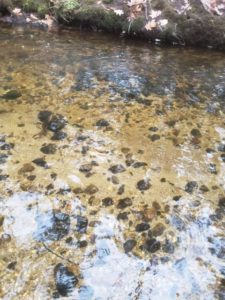 That stretch yielded a number of hookups as I worked upstream. With the water so cold, trout were still sluggish and it became tough to distinguish between a take and a stick on the bottom, and I missed a few more.

Just as soon as it started, however, the bite window ended. I fished through several pools and runs where I knew fish held, but came up empty handed. I switched spots and managed only two more fish before the window shut down entirely.

Despite the less than ideal conditions, this was a much needed trip. After a slow start to 2019, it felt great to get my first on a fly this year. Although it was much later than usual, it is better late than never.

One thought on “A Late Start”