This is a quick post because I had a long drive to the Salmon River and then fished hard for most of the day.

It was cold and windy, but I heard it gets even colder and windier.

Locals told me that I’ve come at a challenging time, as the steelhead are focused more on spawning than eating. But, I was just happy to fish a river on my Bucket List.

I arrived decently early and was able to carve out some water. There were a lot of anglers, including the usual conga lines of regulars nymphing the choicest and longest runs. Hey, they’ve earned the privilege and put in their dues and arrived early.

I hit a number of spots and made the required 1,000 casts before I got a take. Thankfully, after three surges, a decent fish said hello. My new Thomas and Thomas 1086 #6 did a great job and is now officially broken in. 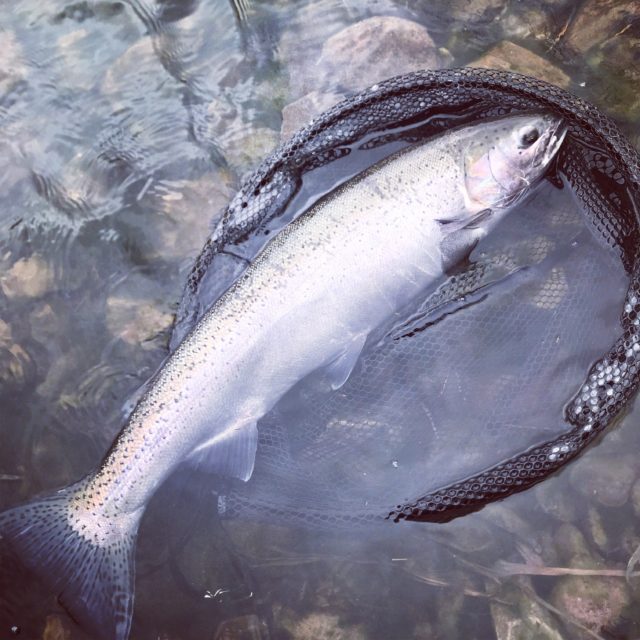 The fish taped at 23″. There are much bigger fish in the river (23” to 27” is typical, per Dan Wells). But, I was happy to catch my first-ever steelhead. This one looked healthy. Some of the fish in the river are pretty badly marked from being caught multiple times.

Many friends gave my great advice. You know who you are! I will name you all in a future post to thank you, but, for right now, I am going to bed so that it all can start again early tomorrow.

9 thoughts on “That First Steelhead”