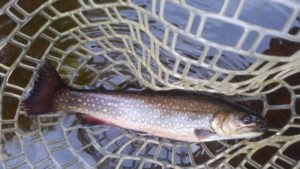 I found time to fish after running a few errands. With limited time, I returned to the Souhegan. With the lack of rain in the past few weeks, the river was quite low for this time of year. Nevertheless, the water was at a promising 63 ˚F.

Since I spotted two cars at my usual pullout, I meandered downstream to a new spot. Due to the low water, I walked downstream and looked for deeper holding water. After a little trial and error early on, I got into some fish. 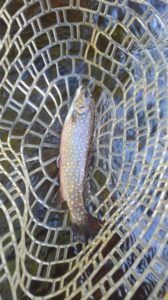 Over the next couple hours, I got into a mix of brookies, rainbows, browns, and fallfish: a Souhegan slam. I lost a couple of giant fish as well.

Everywhere that looked fishy held fish. I caught most of my fish on caddis pupa, while pheasant tails and golden stones accounted for a couple. Many fish hit the caddis pupa on the rise. Despite the numerous caddis, stonefly, and black fly hatches going on, I only saw a few sporadic rises. All of the action occurred subsurface. 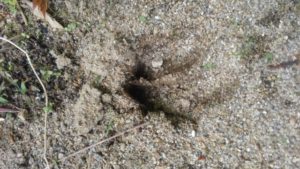 Perhaps the best part of the day was that most of the action occurred away from the road. I enjoyed pure solitude and some good fishing to boot. Overall, I went ten-for-seventeen. I was off the water by 7:30 pm. 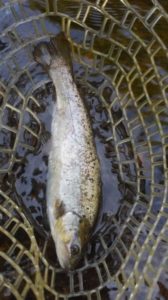 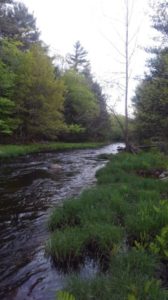