“The Force is strong with this one,” I thought.

I had a fish on at the Farmington this morning, and I had a hard time guiding it with side pressure.  The prior fish, all stockies, were pretty easy to land. Eventually, I found out the reason. I had a double. 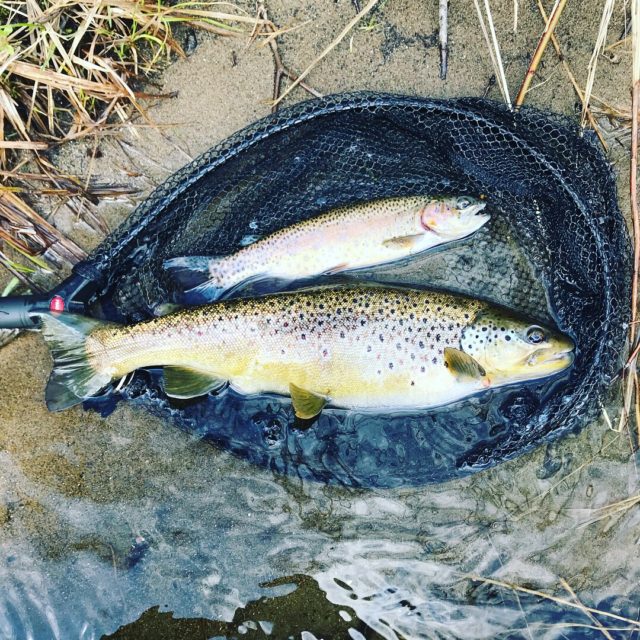 The little rainbow was beautifully colored. 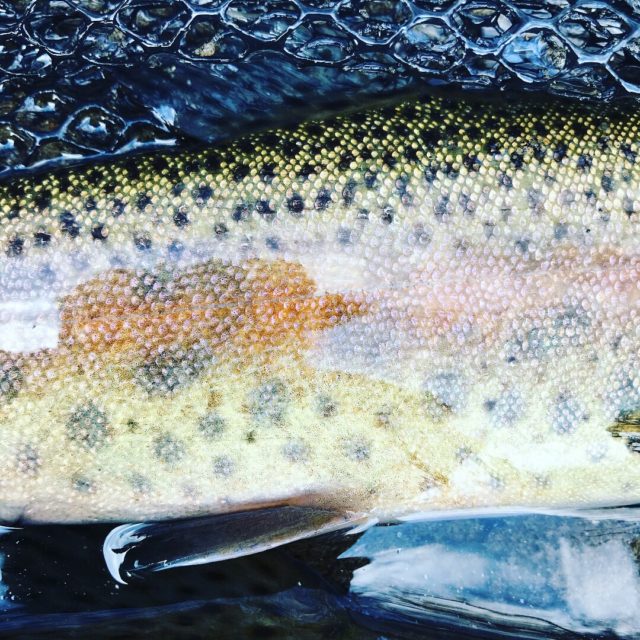 The brown trout was feisty, had an adipose fin, taped at 16″ and was quite portly.

Later in the morning, I was fishing a new spot for me. BWOs were popping off like crazy. I put on a new variant of a #16 emerger, about which I’ll blog in the future.

First cast, and I let the flies swing at the end of the drift. I felt a strong tug and ran into this 18″ fish. The photos don’t capture how absolutely thick and powerful this brown looked. After hooking it, it was tough to even move it, initially.

It had a green elastomer behind the right eye. The Survivor Strain schedule says that such fish were stocked in 2012, but I have a hard time believing this fish is that old. Or, could it be?

Two casts later, I had a big fish on, and my mind just went bonkers. Wow, maybe I’m in for a double-digit day! Maybe, my new emerger fly is the golden ticket!

But, I had foul-hooked the fish, and it was running around in very heavy current. Rather than overtire it, I refused to give it more line and cranked the reel. I figured the 5x fluorocarbon would break at some point.

Snap! Sadly, my Thomas and Thomas Contact broke at the butt section. And, that darn fish took my fly, too! Such insolence. 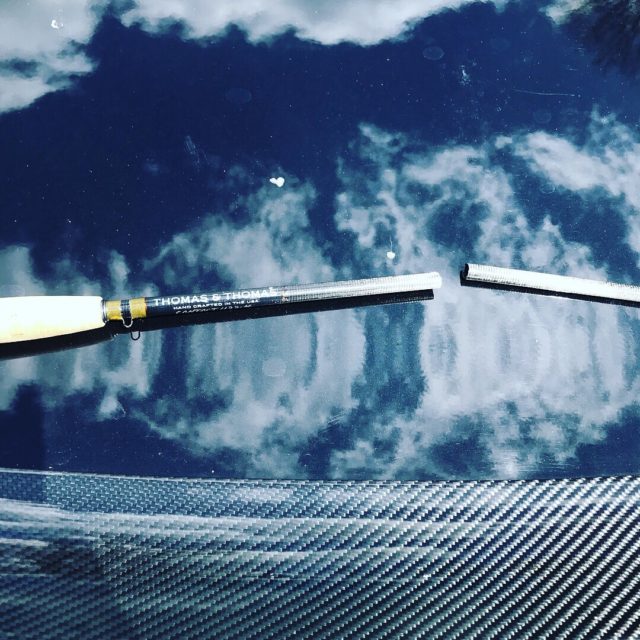 Shoulders slumped, I went to get my H2. Belatedly, I realized I should have pointed the rod tip straight at the fish, like I do with my #000 rod when I’m foul-hooked.

I went back to the river and started to indicator nymph just like everyone else around me. And, just like them, I had no takes.

After messing around with wet flies and dries, I reeled up and called it a day.

I swung by UpCountry on the way home to chat with the guys and showed them my rod. Torrey said that T&T’s repair turnaround time is about three weeks, which is fast.

So, I rushed home and got the rod packed up and dropped off at the UPS Store before closing time.

Sorry for the short report, but, I’m late for a dinner outing and wanted to get this post out before I drown my sorrows in some wine. Grateful that I have my Sage ESN ready as a back-up, but I’ll miss the Contact.