It has been a fly-tying spree. 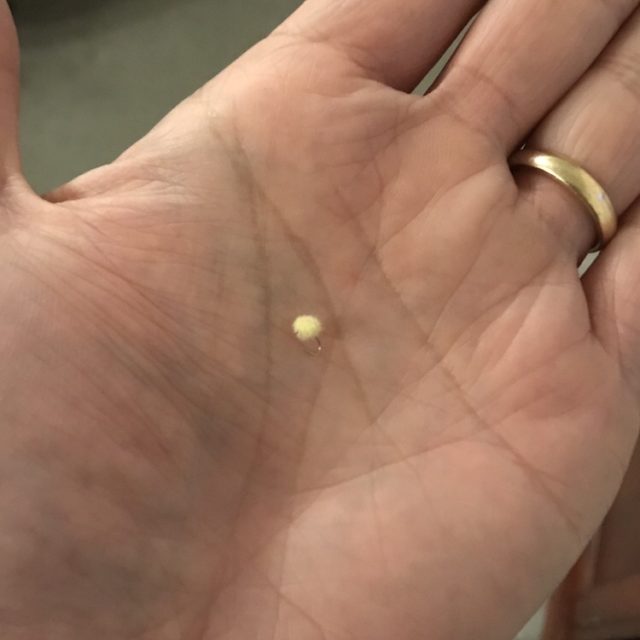 I learned so much during Tim Flagler’s seminar. I immediately bought some new materials and got to work.

One new fly is the Micro Egg, tied in size 22. Tim swears by it and had some cool techniques. I’m a sucker for new approaches and am all-in.

First, I bought some McFlyFoam Egg Yarn. I bought the Clown Package, as it had different colors. The material certainly has much more “spring” than my old egg yarn.

Then, I got to work. The fly-tying technique requires using a small tube, about which Tim discusses at length in a video (link here). The tube allows for precise and easy placement, and, also, it compresses the yarn.

Unfortunately, I destroyed my bobbin threader while pulling the foam through the straw. Heavy tippet and pliers did a much better job. 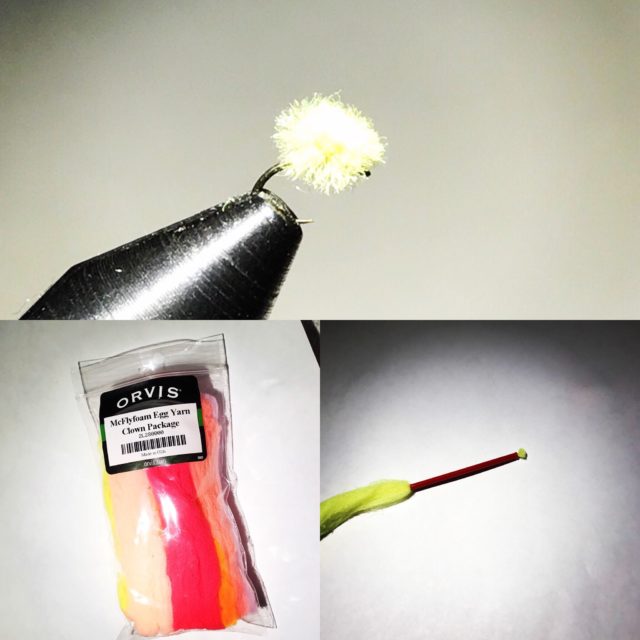 When I was new to fly fishing and fly tying, I often fished egg patterns, whether it was Tim’s Antron Egg or the plain-vanilla kind. The flies worked particularly well at the Swift River when I threw small ones. The key was to bring different colors; on any given day, the fish preferred one above all for no apparent reason.

I stopped using eggs a while ago because they worked so well. And, I became burned out on fishing the Swift and targeted other waters. But, I’ll be giving the Micro Egg a go on my next outing there.

I’ll have a bunch of Micro Eggs with me and am happy to give them away should we cross paths.