Well, it was a quick outing at the Millers River this morning. 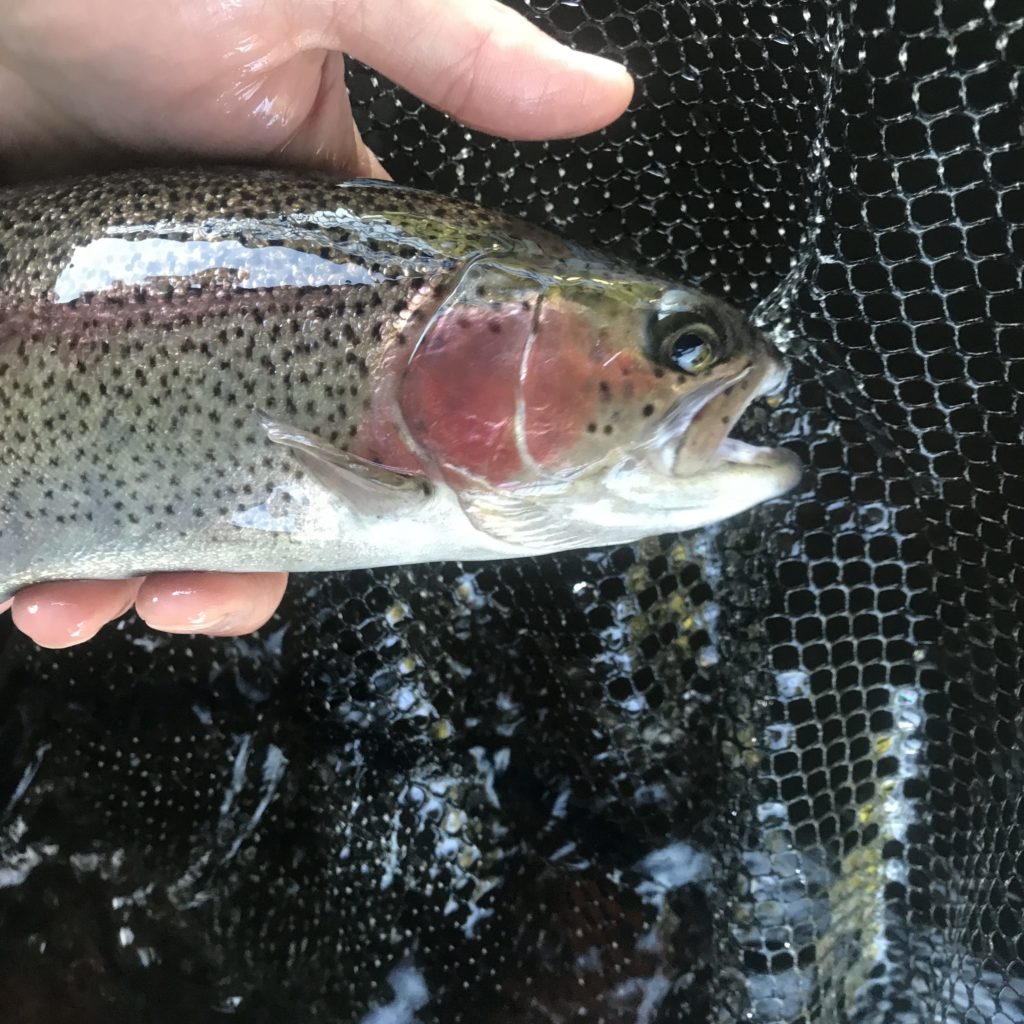 I’ve been eyeing the USGS gauges both for flows and nearby water temperature. With some of the family out of town, this seemed like a good window of opportunity. So, I went for it.

I found two very deep and dark runs, and it was at those spots where I had all of my takes. By luck, one of the runs was five degrees cooler than the rest of the river. I was wading and suddenly felt a jolt of cold water. Maybe it was a spring or rain water seeping through from the bank, but quite a few trout were there.

I had 10 takes and landed eight fish. No giants, but there were some frisky rainbows around. The Frenchie was the fly of the day.

Stopped by Orvis Dedham on the way home. Enjoyed catching up with Pete Kistner, who just returned from Montana. He offers all sorts of local guided float and wade trips (more here).

Here he is. The guy definitely knows what he’s doing!