Well, that was an interesting half-day. I awoke ridiculously early to hit the Farmington before dawn. As I’ve not fished much, I wanted to get out there. With the drought continuing, I didn’t want to wait until autumn. Good saltwater is much too far away, and I’ve no experience with smallies.

The honest answer is that I enjoyed the outing, but it was definitely a lot of driving for a short-ish outing. And, it took a while to figure out the fish.

Spot A wasn’t very optimal. At dawn, the coolest part of the day, the water was already at 74 °F. After a few half-hearted casts, I left to go up river.

Spot B’s water was 70 °F. I fished a highly-oxygenated area. Fish started rising everywhere. Dozens of rises at a time. And, I couldn’t buy a bite. I switched flies over and over. Nothing

Finally, I looked down at the river, and I saw quite a few spent Tricos. I don’t have any Trico spinners. And, it showed. Even a #28 WD-40 was ignored until one fish grabbed it and popped off right away.

One of those days. The sunlight hit the river, and wisps of fog floated out of the river. It was steamy. I found some shade

I kept at it, though, rotating through various flies. The midge larva that worked so well last time was a bust. Suddenly, I received a take. The wait was over. The first fish was the best of the day, a 13″ brown. And, it was full of small bugs. I mean, absolutely tiny. 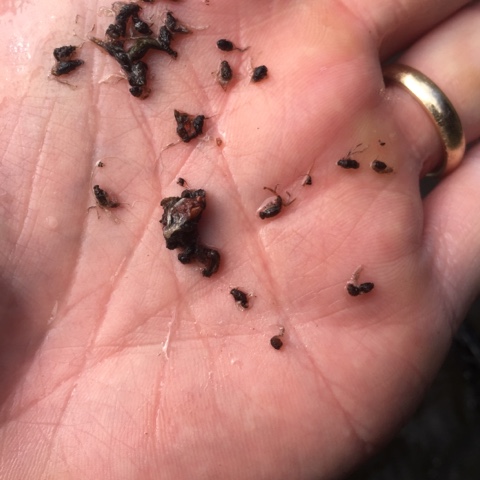 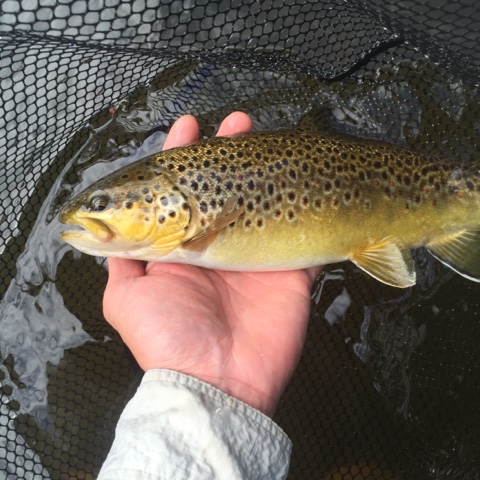 I tried various dry-droppers and eventually found a combo (X Caddis and an emerger) that worked. I ended up landing a dozen or so. The fish were feisty, except for the last one. It released quickly, but the fight was short.

That’s when I realized I should take the water temperature. I was shocked to see it at 78 °F. So, I reeled up and left. The walk to the car was brutally hot, and I couldn’t wait to peel off my boots and waders.

Hope others are finding a way to fish for warm-water species or are hitting the salt.

5 thoughts on “A Steamy Morning at the Farmington River”