A few weeks ago I had the pleasure to meet and fish with a fellow angler, and reader of the blog, visiting Massachusetts from the UK. Toby Coe is certainly a very accomplished fly angler, having fished all over the world, fly fishing guide, writer, and photographer. He agreed to write a guest post for this blog. I think it offers a very interesting perspective on the fisheries resources and access to public land that we are lucky to have here in Massachusetts and the US as a whole. I also encourage anyone that is interested to check out Toby’s Facebook page (www.facebook.com/tobiascoephoto) and website (www.tobiascoe.com). Read his guest post below and check out some of his pictures from the trip…

A lot of American anglers I have spoken to don’t realise how lucky they are when it comes to the accessibility of fishing in their country, particularly freshwater fishing. In the UK, where I live, we have a complicated system of ownership when it comes to fishing rights. In order to fish somewhere in England and Wales, you need to be in possession of two things:

1) A national fishing licence, of which there are two main types, one for non-migratory fish (like carp, roach and brown trout) and one for migratory fish (salmon and sea-trout). The latter costs about US$100 a year

2) A permit to fish the bit of water where you are fishing. The latter is quite complicated, however, essentially the fishing rights of all inland waters, be it a lake, pond or river are owned by someone. To fish a piece of water, you need to purchase the rights to fish. When it comes to rivers, they are typically split into sections referred to as ‘beats’. A beat is generally between half a mile and a 3 – 4 miles long (depending on the river) and you purchase a permit to fish the beat. Typically this is for a day and might cost anywhere from US$10 in the case of trout fishing for small, native brown trout to US$600 – 700 for the best salmon fishing beats or fishing on some of the fabled waters on the Southern chalkstreams. Alternatively, if you join a local club, they will own or lease a few beats from local landowners and you pay an annual membership to the club that allows you to fish the various bits of water as often as you like.

When it comes to lakes or reservoirs, most people typically purchase a day ticket to fish a certain reservoir. In the case of trout, the most popular reservoirs are those that are stocked (most often with rainbow trout) and are around US$30 – 60 a day to fish.

I am guessing that if you are reading this, the chances are that you live in the USA and are probably thinking “Yikes! That sounds pretty complex and expensive” and you would be right. If you are from the UK, the complexity is generally not a huge issue as it is something that we are used to. However, it can make it very frustrating trying to find out how to fish certain bits of water if you don’t know who owns them and where or how to buy a permit (in many cases, you may not be able to buy a permit if the landowner doesn’t want people fishing that bit of water).

The expense of fishing is something that causes me and many of my fishing buddies discuss regularly. The costs of club memberships and permits adds up over the course of a year. I am a member of two local clubs, that affords me access to a large amount of fishing for wild brown trout, sea trout and salmon. I also buy permits for fishing when I go further afield (e.g. to Wales or Scotland). All up, purchasing the rights to fish on various bits of water costs me around US$900 – 1000 a year.

The difference between the UK situation and that in the USA was brought home pretty sharply when I was in Montana a few years ago fishing and I was reminded of it again recently when I was in Massachusetts for a conference and got out for a couple of days fishing. After purchasing a fishing licence, I headed to Wachusett Reservoir on the advice of Adam, one of the regular contributors of this blog, who had provided me with a lot of helpful pointers prior to my trip.

Wachusett, with its clear water, lack of boats and smallmouths and largemouths sounded ideal to me. I saw several bass the first evening I fished it, including a decent largemouth that was laid up in a shallow bay, however they all seemed to have lock-jaw until the sun dropped below the trees. With the sun off the water, a few smallmouth started to chase bait in the shallows. A fish of about 14” swum across in front of me and I managed to cover it with a small black gurgler. A couple of strips and the fish smashed the fly from the surface and shot out of the water, gills rattling and thrashing the surface. A couple of quick photos once landed and I had caught my first smallmouth bass.

I spent the whole of the next day fishing Wachusett with Adam and we struggled to catch fish in the morning, although we did see a few bass. The early afternoon continued in the same vein until I made my way around to a point where I saw a commotion out by a small sand island. A long cast out and a couple of strips in and something hit my fly, before rushing off parallel to the shore. It wasn’t particularly big, but the smallmouth that came to hand was a welcome sight.

Over the next half hour or so, I picked off over a dozen smallmouths, ranging in size from about 6” up to 10”. They seemed to be moving around in a loose pack, hunting in the shallows. Every now and then, a much larger fish would rush in, forcing a bow-wave up across the shallows as it chased bait. Although every time, just frustratingly out of casting reach.

I finished the day off by hooking up to a nice largemouth of about 20” that I had spotted earlier in the day, hanging about near a submerged log near the shore. It was clearly a male on a nest, with a bigger female hanging around nearby. I missed the strike once when it hit a heavy crayfish pattern, however a change of fly and few casts later and everything came tight. The grip ‘n’ grin wasn’t to be though, as just as I was about to slip the net under the fish, it jumped one last time and shook the hook.

The next day, Adam and I went to check out the Swift River, which is one of the premier trout streams in Massachusetts. The clarity of the water in this river rivals that of the UK’s famous chalkstreams like the Test and Itchen. Suffice to say that with the fish apparently keyed in on tiny midges and the like, the fishing was pretty tough, although we managed to land a few fish between us. As at Wachusett Reservoir, I found it amazing and liberating that with just a state fishing licence it was possible to walk up to a stream like this and start fishing. I have experienced the same thing elsewhere in the world, including in Canada, NZ, Australia and Scandinavia, but I still find the simple act of being able to fish wherever you
want as exciting.

I have heard that there are plans afoot in the US to sell off public lands. This in my mind would be a huge shame and would represent the loss of an incredible resource that Americans have access to. Trust me as someone hailing from the crowded UK – you won’t realise quite how good you’ve got it until it’s gone.” 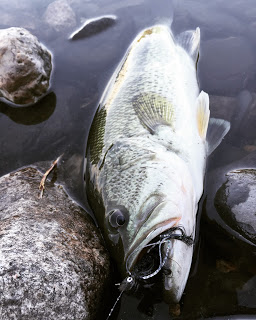 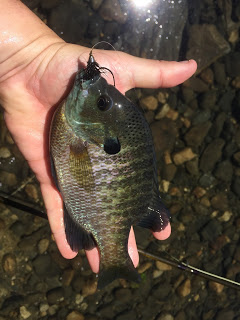 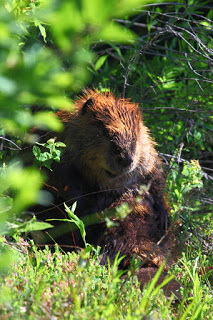 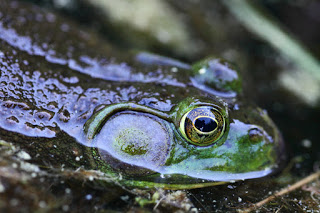 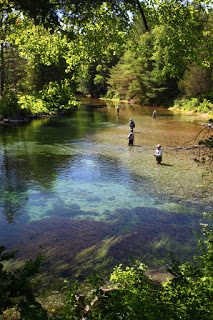 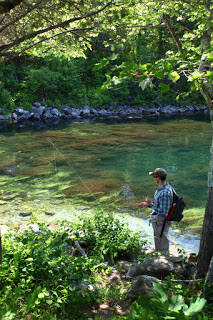 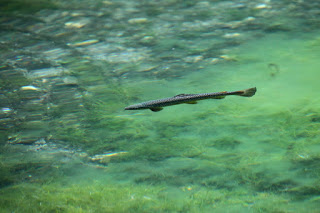