I again fished the Millers. It was amazing

The river is loaded with fish. And, I saw only one other angler the entire time. I hit four spots and landed 16 fish, nearly all really good-sized trout.

I started at Spot A, which has been generous to me in the past. Browns and ‘bows rule the roost here and five made it to the net. Three of the fish jumped over and over and displayed clever acrobatics. 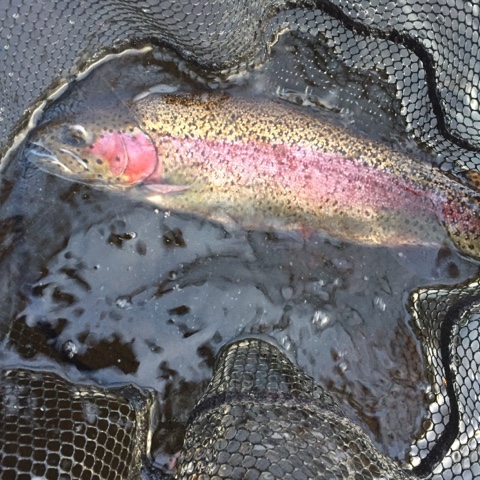 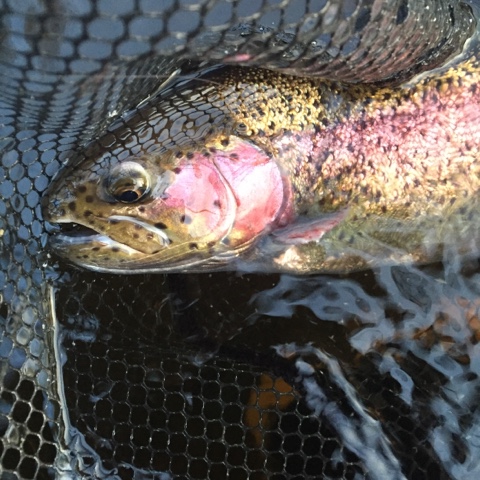 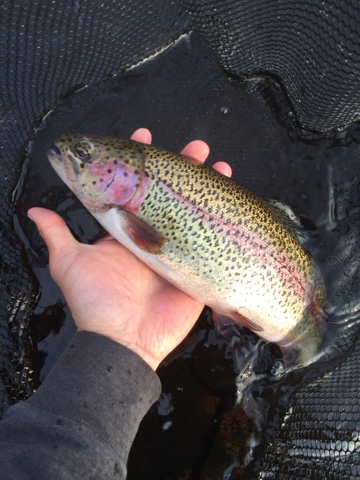 I then hit Spot B, a new one for me and a place that receives a great deal of pressure. Threw some nymphs and managed one take and one landed. 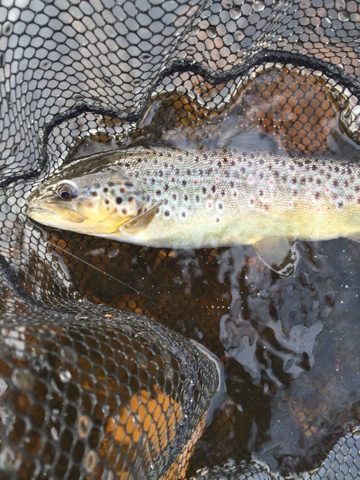 Spot C is one I discovered last year. It’s a set of riffles that empty into some really long and deep runs. I went back for the first time this season. You have to throw wet flies or swing nymphs, since the water is too deep to approach from below. Landed three trout and a smallmouth bass. 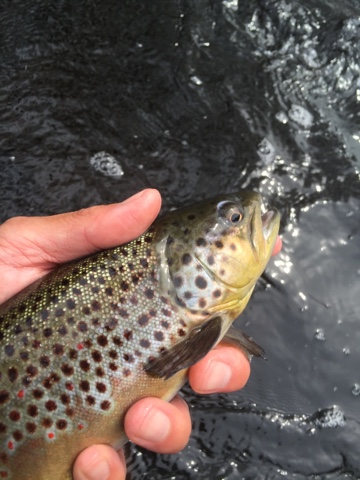 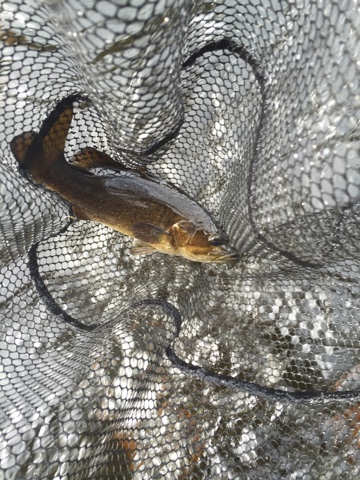 Spot D is interesting. Two major currents connect and form one long bubble line with a deep run underneath it. Landed a brookie, a brown, a 15″ sucker, and three rainbows there. 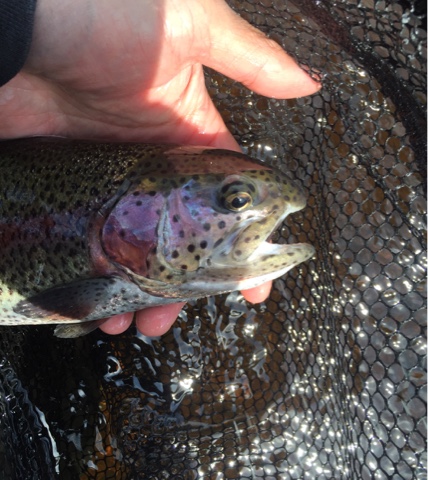 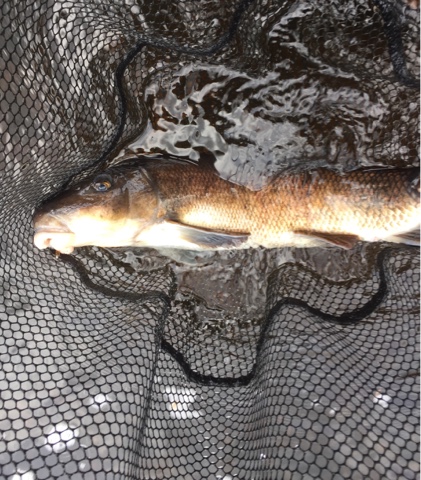 The brown was good-sized, fat and feeding in the alpha position, the front end of a run, where it had first dibs on food. I am finding that those spots tend to hold browns. My guess is that they’re more aggressive than other trout. So, nearly all of the larger brown trout I’ve caught this season have been in the first slow seam at the beginning of riffles.

This fish fought like crazy and would not give up. There’s something gritty about a determined brown that burrows deep and pulls line over and over. 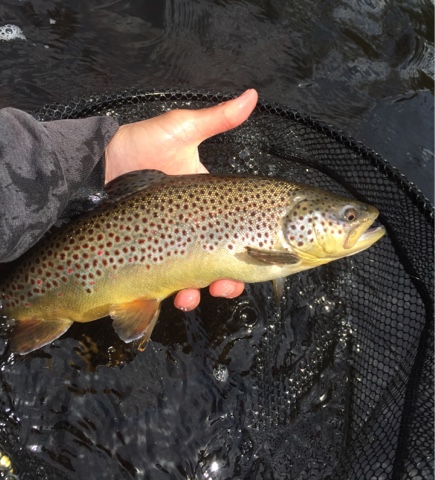 So, in the end, it was a quintet of fish: three kinds of trout, a sucker, and a smallmouth.

Headed back home by 12 noon. What a day.

3 thoughts on “A Millers River Quintet”