As I was fishing the Farmington this weekend, below me, was an elderly man using bait. He was killing it.

He wouldn’t tell me what bait he was using, but he would cast across and slowly “swing” down-river the bait and sinker. I’ve never before seen that technique.

Later, I ran into another angler who knew the guy. Says he uses golden worms.

So, after some scouting around, I tied up some larval-like worms using some yarn I had on hand: 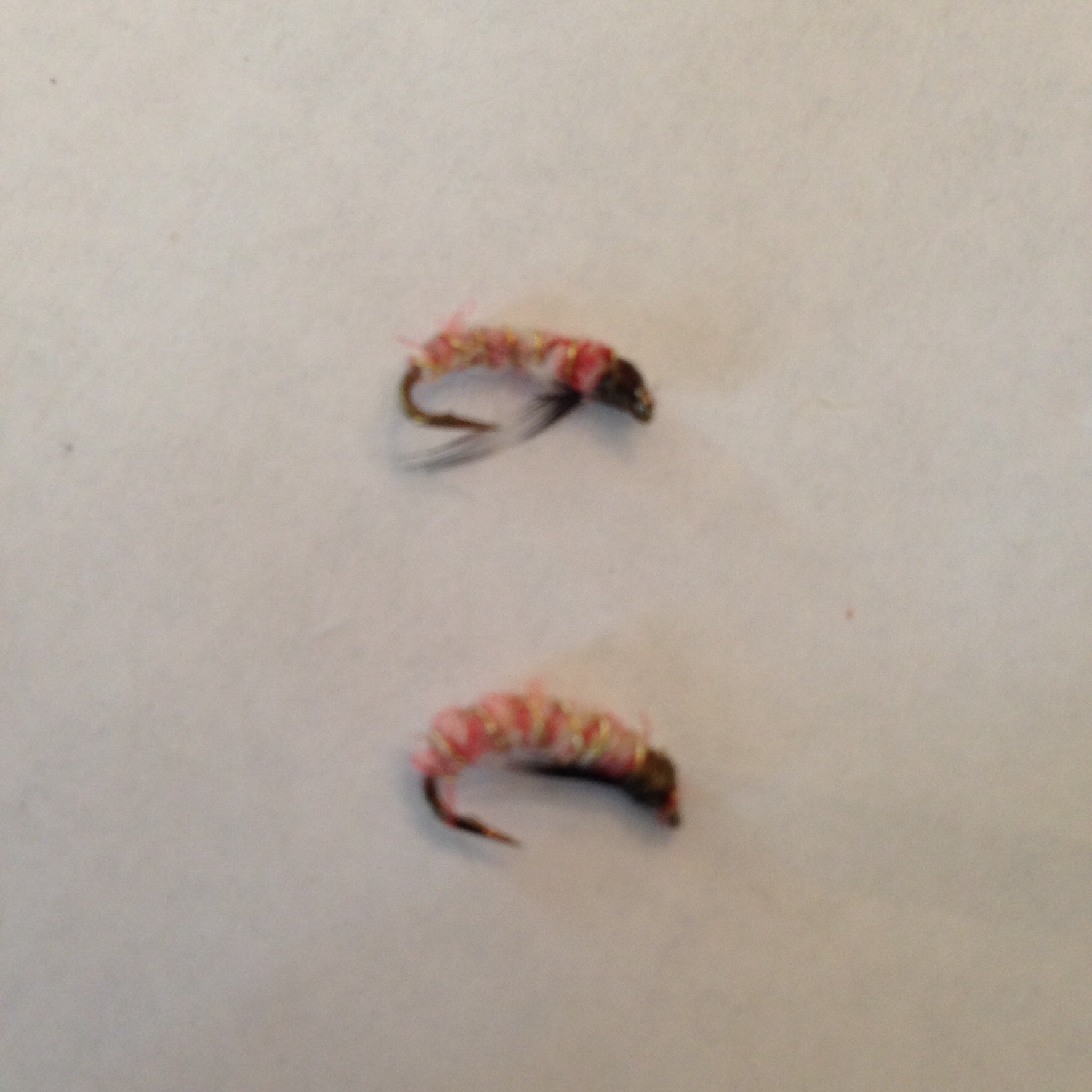 Let’s see how they do!  Here’s the recipe for what I’m calling the “Wiggly Woo”: