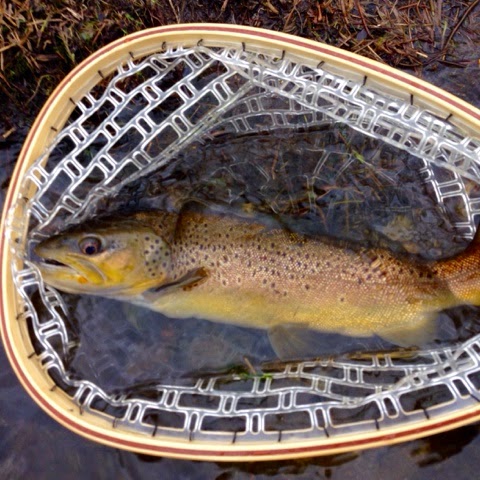 I am a newbie at fishing Massachusetts waters. I started fishing local waters only last year.

Before, I would fish only once or twice a year, up in the heralded waters around Pittsburg, NH, near Canada. Then, I started listening to Tom Rosenbauer’s podcasts and felt the need to find local waters. Since then, I’m finding incredible rivers an hour or two from my house. Wow.

So, with the Swift’s trout MIA and the Millers and EB in less-than-ideal conditions, I on Sunday got up before dawn with a Plan B. My destination: the Farmington stretch around New Hartford, CT.

That river is still new to me, and I decided to fish the “Church Pool.” When I arrived, there were already 10 cars in the dirt parking lot. Wow, I thought, there are some hard-core folks in the area.

Many of the anglers seemed to know each other. I’m sure many of them are, even, Yankees fans. So, I channeled my Inner Belichick and projected confidence as I walked to the river.

I didn’t feel confident inside, though.

During my last two trips to the Farmington, I went during the “super low” season and was skunked both times. I think the brown trout in this river are pretty tough to catch in March; they’re either river-bred or have seen quite a few flies since being stocked. In fact, at the end of the day, I chatted with two locals, neither of whom had any strikes.

It was pretty cold and the wind was gusty. I tried all of my tricks and techniques: various nymphs, streamers, and combinations. I tried different presentations to see what would take. Nothing.

I sat on the snowy bank and ate my PB&J sandwich. It was noon. The sun started to peek out, and it felt great to be outside. I tried to look at the bright side.

“They” say you should always pay attention when fly fishing. I usually do not. I am usually just slinging and flinging.

I’ve read that it is stonefly season. I’ve also read that stoneflies like the riffles areas of rivers. But, I didn’t remember all that. Instead, I ate lunch at a snow bank near some riffles. And, by chance, I happened to look down at one particular spot as I ate lunch.

I saw oodles of tiny stoneflies. You had to really pay attention to see them. I didn’t have a stonefly pattern that small, but I did have a few in #12. Why not, I thought.

Wouldn’t you know it, but on my first cast, in front of a rock at which I had thrown pseudo-pheasant tails already, the line paused, I set the hook, and I felt something pretty substantial move.

I landed a 19″ brown trout. Video at bottom. Photo up top.

Later, I hooked two more fish, but didn’t land either. One felt much more substantial than the 19″ one and broke off my 5x tippet after a spectacular back-and-forth battle, with another angler cheering me on.

Going forward, I will try to curb my newbie enthusiasm, but I wanted to share my relief and joy. And, I’m writing also to encourage our blog readers who may be new, too, to our local waters or fly fishing in general. I’ve received emails recently from two blog readers who are new to fly fishing.

My advice: keep at it, and good things will happen.

5 thoughts on “River Report: The Farmington and a 19" Wild Brown”