Hit up the Swift this afternoon for a couple hours after work. It did not disappoint. The fish were on and aggressive. The rainbows were up on shallow gravel and losing their minds. I’ve heard that one of the rainbow strains stocked by the state are fall spawning fish – that would certainly explain the behavior and the color of the males. However, they also could have been simply gorging on brook trout eggs as the brookies are definitely in full spawning mode.

I caught and released about 6 or 7 fish, a mix of brookies and rainbows. No browns which had me a little bummed (only a little though, considering). Some of the most beautiful fish I’ve caught yet in my fishing here in Mass. They all took a small brownish soft-hackle type fly with a tiny orange yarn egg for a head…I think it’s called a “Chicken Little”. We used to use for steelhead in the Great Lakes tributaries. The took it dead-drifted, slowly stripped, or swung and twitched. It almost didn’t matter, which is rare for a river like the Swift I think. I didn’t see another person fishing anywhere nearby. Sure there were a lot of anglers but they were concentrated at specific spots whereas I liked my privacy and fished some of the less obvious features. Check out the pics of some of the more impressive specimens! 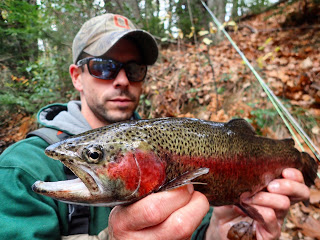 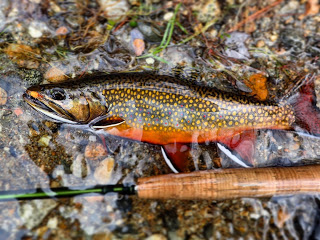 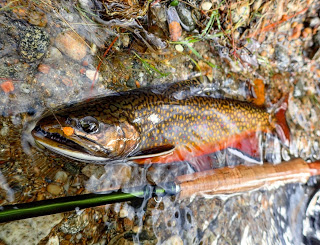 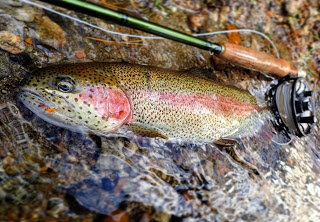 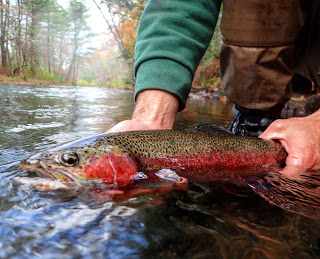 They were taking dries today, but it was a ton of

Another funny post from Bill Hager: ‘The Truth A